To understand Ron Bloom's assigned role, it helps to know the environment he comes from.

But Bloom has spent far longer in the labor and socialist movements than he has on Wall Street. There is even some evidence that Bloom specifically went into banking, in order to better serve organized labor.

Like Obama himself, Bloom has moved in circles close to Democratic Socialists of America (DSA)-an organization far more "socialist" than "democratic".

Our goal as socialists is to abolish private ownership of the means of production. Our immediate task is to limit the capitalist class’s prerogatives in the workplace...

In the short run we must at least minimize the degree of exploitation of workers by capitalists. We can accomplish this by promoting full employment policies, passing local living wage laws, but most of all by increasing the union movement’s power...

The Employee Free Choice Act (EFCA) provides an excellent organizing tool through which we can pursue our socialist strategy while simultaneously engaging the broader electorate on an issue of economic populism.

Green explained how DSA could play a role in getting the Act passed through the Senate after the 2008 elections.

The fact that we face an uphill battle in the Senate does not detract from the value of DSA doing organizing work around EFCA. At a minimum, we can force conservative senators to place themselves on record as opposed to EFCA. This would then make these incumbents even more vulnerable in the 2008 elections. If we replace only a few of these anti-labor senators in 2008, we should be able to pass EFCA in the next Congress.

DSA could play a role in organizing support for EFCA. We have locals and activists across the country capable of organizing successful public events – as demonstrated by our Sanders house parties. We have “notables” capable of attracting non-DSA members to public events. We have academics, writers and speakers capable of elucidating public policy issues in clear and simple language. We have a solid relationship with several major unions-UAW, USW, IAM.

Green went on to explain how DSA's EFCA campaign could work-DSA could organize public meetings in coalition with other groups, including the AFL-CIO’s Voice at Work Department, state AFL-CIOs and central labor councils, American Rights at Work, America Votes, Progressive Democrats of America, Committees of Correspondence, ACORN and state Democratic parties.

Interestingly it was Leo Gerard who recruited Ron Bloom into the USW in 1996.

"I said, why don't you come work at what you really believe in?...He could play a lead role in bargaining, play a role in a number of different sectors in the economy and shape policy."

Bloom initially served as an adviser to then union president George Becker, then to Leo Gerard when he assumed leadership in 2001.

George Becker was close to DSA-serving on the board of the Economic Policy Instiute under DSA member Larry Mishel. 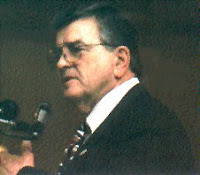 In 1997, George Becker was honored by Chicago Democratic Socialists of America at their annual Debs - Thomas - Harrington Dinner-the first Steelworker to be an honoree at the event.

George Becker spoke with pride about his birthplace, Granite City, Illinois. In the 1920s, they had a Socialist Mayor and a Socialist Council and Eugene Debs was an honored speaker at many events. He also spoke of a relative of his wife, in Missouri, who ran for office as a Socialist when Norman Thomas ran for President."

Gerard serves on the board of the DSA led Economic Policy Institute and on the advisory board of Wellstone Action with Julian Bond, Gerald McEntee and Frances Fox Piven. Wellstone Action is named after late Minnesota Senator Paul Wellstone, once faculty adviser to a DSA student group.

Leo Gerard also serves on the board of the Apollo Alliance with Joel Rogers and SEIU vice president and DSA member Gerry Hudson. It is unclear if Gerard has ever worked with Apollo founder Van Jones, or New York director, former Weather Underground terrorist leader Jeff Jones.

When Gerard became president of the United Steel Workers in 2001, Bob Roman of Chicago DSA wrote;

The USWA has a long tradition of militant, good mostly leadership. Now they have someone both militant and radical, which is not surprising as Girard is a Canadian export with ties to the Canadian New Democratic Party.

The New Democratic Party is the Canadian counterpart of Democratic Socialists of America-both organizations are Socialist International affiliates. 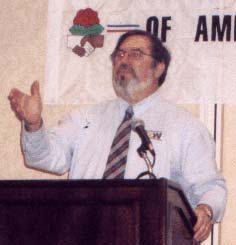 In May 2007 Chicago DSA honored Leo Gerard with its annual Debs - Thomas - Harrington award- the second Steelworker to be an honoree at the event.

For your lifetime of service to your union and its members;

For your leadership in building working class solidarity across borders;

For your advocacy of fair trade over free trade;

For your work in seeking public policies that support a healthy environment and energy independence;

For your commitment to finding a better way to run the economy for working people everywhere;

The Debs - Thomas - Harrington Dinner Committee does hereby present you with its annual award this 4th day of May, 2007. 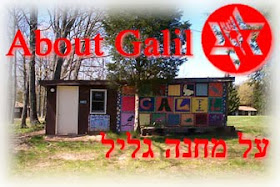 At age 10, Bloom was sent with his two siblings to Camp Galil, a movement-run summer camp in Pennsylvania. He returned each season for the next four years-eventually becoming a camp counselor.

“That’s part of what I try to do in my work life...That’s one of the things that made me want to work for Obama.”

After graduating from Wesleyan University in 1977, Bloom worked as an organizer and research and negotiating specialist for the SEIU-working for a time under John Sweeney.

He later worked as executive director of the Massachusetts Coalition for Full Employment and as New England Regional Director of the Jewish Labor Committee.

Incidentally the contact for the Detroit Jewish Labor Committee, Selma Goode, works closely in Greater Detroit DSA, with David Green, author of the Democratic Left tract which opened this post.

While at SEIU, Ron Bloom came to the conclusion that unions lacked the technical skills to negotiate with management teams and their advisers at the bargaining table.

"Unions were being backed into corners by companies and couldn't understand on a sophisticated level, the company's arguments...Labor needed to be armed with the equivalent skills."

Bloom's next mission was to learn the ways of Wall Street.

"He recruited himself to Lazard...Unlike most young bankers, he was fully formed by the time he got here. He worked really hard. He came as a very strong technical analyst. He understood valuation and financial instruments. The fact is he was a 24x7guy long before that term was ever coined."

After a period in partnership with Keilin, Bloom took a pay cut in 1996 to join the Steel Workers Union as a Special Assistant to the President and later head of the Union’s Corporate Research, Industry Analysis and Pattern Bargaining Departments.

That Wall st did not dampen Bloom's socialist zeal is evident in an article he contributed to the Fall 2006 edition of DSA's Democratic Left.

The Steelworkers have some advice for industry execs on how to make sure there’s plenty for both shareholders and workers. The theme of this advice will be really quite simple – be hard-headed and pragmatic capitalists – run the companies and actively participate in the political process on the basis of what is good for your shareholders – and not based on outmoded nostrums about unions, free enterprise, deregulation, free markets and free trade.

In today’s world the blather about free trade, free-markets and the joys of competition is nothing but pablum for the suckers. The guys making the real money know that outsized returns are available to those who find the industries that get the system to work for them and the companies within those industries that dominate them.

The starting point is that companies need to get along with the union. Companies that establish a constructive partnership with their unions do far better for their shareholders than those that do not.

Health Care Costs-The first is one where conflicts between labor and management do still exist, and that is health care. On that issue, however, given the fact that the shareholders want us to get along, the answer is to get it out of collective bargaining and into the public sphere. That means that management must support universal single-payer national health care...

Historically, the industry has focused on the threat from unfairly traded imported steel. And while that threat is real and should continue to be monitored, today the more immediate threat comes from the demand for steel being lost because those who use the steel will use it somewhere else...

The steel industry, in its own self-interest, needs to broadly engage in the fight to save the overall manufacturing sector. Every other nation in the world has a specific and targeted strategy to preserve or expand its manufacturing base...

The growth of China and India can be a great opportunity. But not if we, as Lenin so aptly put it, sell them the rope with which to hang us.

Steel industry managers need to repudiate the race-to-the bottom model of globalization. We need world trade that brings the bottom up, not the top down, and we need to tell the American government to do what every one of its trading partners does – stand up for those who operate on their soil.

The steel industry and manufacturers in general need to stop worrying about offending their business school classmates, political soul mates, and friends at the country club and to stand up for their owners. It is time to support a comprehensive national energy program...

As Manufacturing Czar Ron Bloom will almost certainly push for a more centralized, unionized, government dependent manufacturing base-exactly what Democratic socialists of America are calling for.

He will almost certainly try to sell big business on socialized health care to make business more competitive. He will drive the labor union agenda from on high.

Bloom will almost certainly work closely in this with Labor Secretary Hilda Solis, who also has DSA connections.

The pair will also be aided by John Bonior-a paid up Detroit DSA member (and colleague of David Green) who President Obama has delegated to re-unite the US's two major labor federations AFL-CIO and Change to Win, under one banner.

Three of the most influential union affiliated officials of the Obama administration have connections to Democratic Socialists of America-an organization whose "goal as socialists is to abolish private ownership of the means of production".

This doesn't appear to worry the Obama administration-which is well known for its vigorous vetting procedures.

Perhaps it concerns you a little?